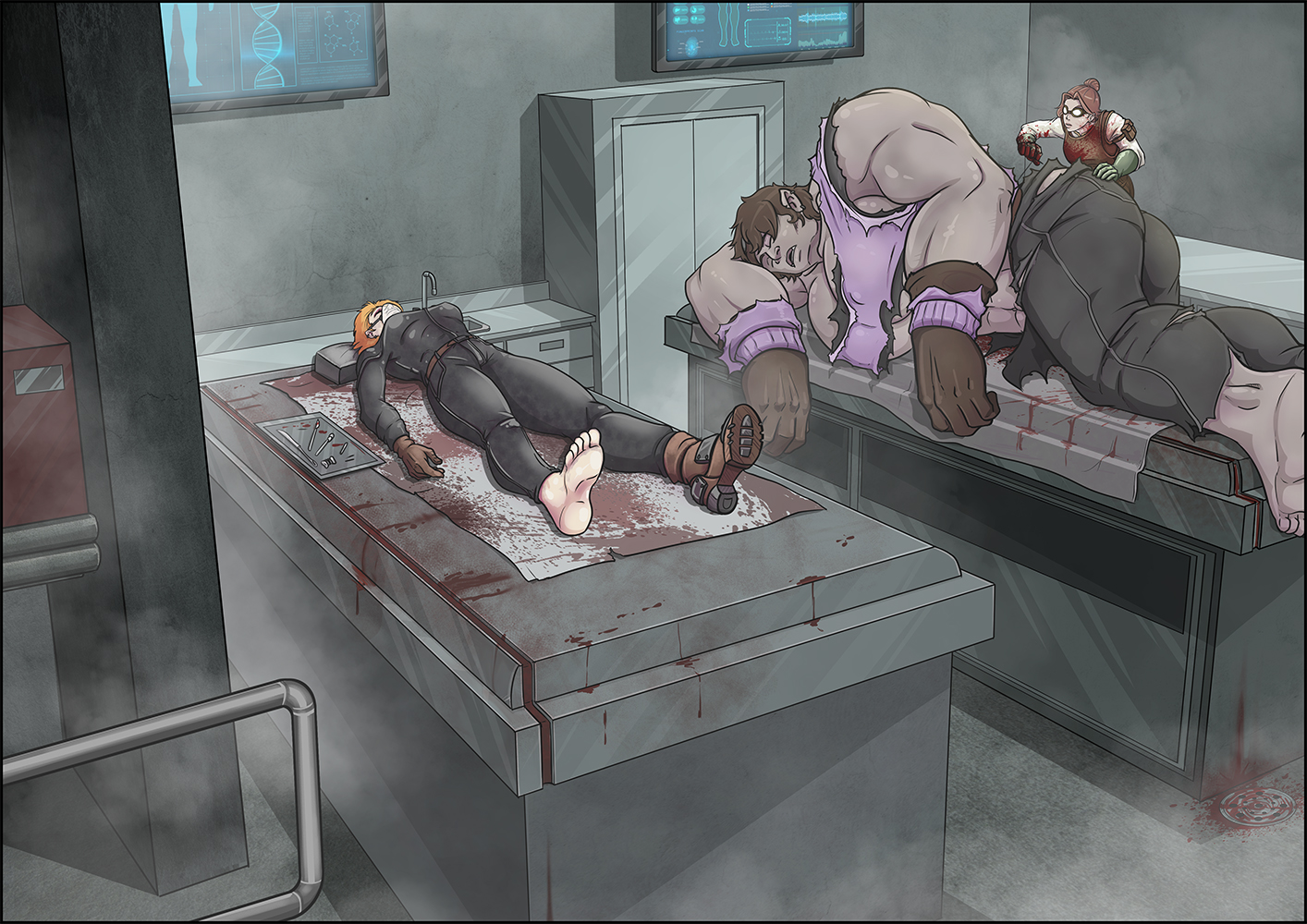 July 7th at 23:01pm
The door slams shut leaving the medical officer with three bodies on the operating table and a threat linking her life to her "patients”`s. With a clinical eye, Nikia begins to evaluate their physical condition.

-Human female in the late thirties. Minor wounds, unconscious due to gas inhalation...- recites the little woman to herself while performing a lung cleanse and an intubation on the unconscious patient. -Out of danger.-

-Abhuman female, Ogryn in the early twenties. Moderate wounds. Unconscious due to trauma. Piercing and abrasive damage caused by projectiles over the back- The doctor mumbles to herself while suturing and cauterizing the open wounds. -Stopped for the most part by the shoulder blades and the musculature. Out of danger-

The woman turns off the recorder on her wrist and puts on the sterile green rubber gloves while looking at the man. -Why were they so mad at you...?


In the adjoining room of the ramshackled building that she uses as a clinic, a dozen gang members await their turn. He hears them and smells them from here, with that mixture of stale sweat, smoke and lubricating oil. It is they who have broken her door and taken her out of bed late at night to tend to their men.

However, what strikes Nikia Bast is the insistence that she attend first to the three fallen people... two of them obviously foreigners from outside the planet, instead of their own people.

-Aegor needs them conscious... or at least, alive.- They had told her before leaving her alone in the office/surgery/morgue.

Two of them at least are alive and out of danger. The man... that`s a big “maybe”. The immediate question is... What to do now?


-Nikia can try to escape. There is a hidden back door and she can get lost in the night. Maybe go to another sector of the hive, or even change hive city. She doubts that the gang members will pay for her services and even less to let her continue with her business quietly.
-You can also try to wake up the three injured people. The women seem healthy enough to get ahead, although the man could die in the process. Maybe they can earn enough time with the gang for her to get further away, or they could just kill her...
-Or she could also attend to the gang members and pray for doing a good job that leaves them satisfied and hope they leave in good faith and by their own feet from her clinic.
-Or something else?