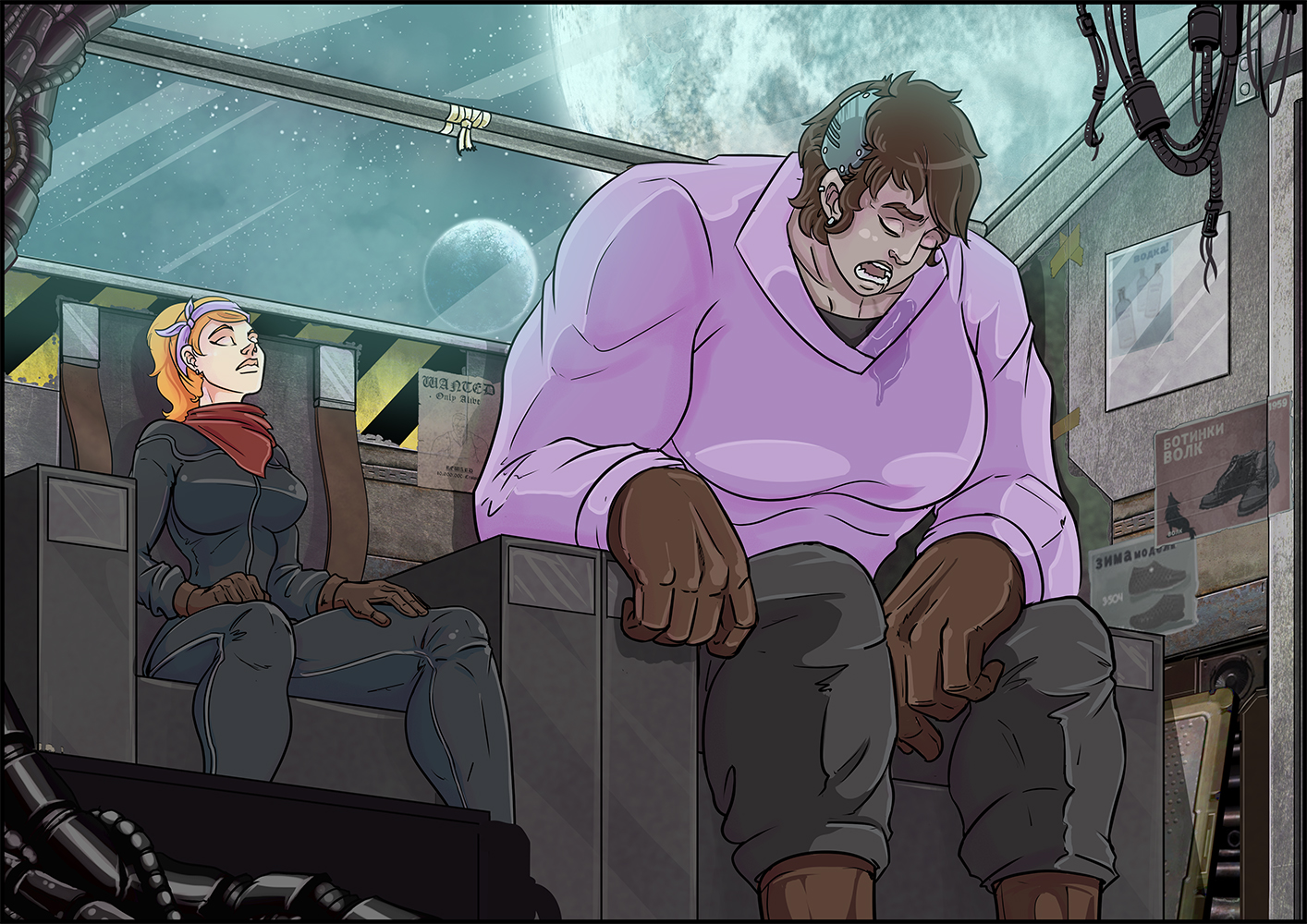 June 30th at 17:43pm
The meager combat rations struggle to climb out of the stomach of Commissar Katharine Bryce when the ship lurches again as it passes through an air pocket on the planet reentry. The aircraft, an old recycled Marauder bomber holds together with faith and hopes more than the welding techniques that hold together a vast collection of "rescued" metal plates from different ship models.

Beside her, a gigantic figure dozes with a loose head and a hoarse sound that is heard above the roar of the engines and the crackle of the white-hot anti-heat shields, totally oblivious to the violent descent of the aircraft while a thread of saliva drenches the collar of her shirt.

For the hundredth time, the imperial commissar reaches for her belt under the heavy clothes and misses the familiar reassuring feeling of her weapons, but the high command has been categorical. This is an incognito mission and their military identities must go completely unnoticed.

"It's a strictly military issue and we do not want the local defense forces, the Arbites, let alone the Inquisition, to get involved or even get a word of this matter." there were told by Commander Pernus at their meeting. -23-57B, or Chagoth Primus is located in the eastern sector of the galaxy, subsector Aurean, and it is a recruiting hive world of the glorious Imperial Guard whose recruitments have been reduced almost entirely to zero.-


-The planetary commissariat had not issued any statement and ignored or diverted almost all the attempts of the high command to contact them to demand explanations, so our mission is clear: We must discover why Chagoth's recruitments have stopped and inform the high command without raising any suspicion.-

Bryce flexes his shoulders in a futile attempt to release the tension of her neck and back while extracting a data plate from his overcoat. The information is scarce and unreliable.

1- There is a mining area where a series of convoys have disappeared without a trace. The group can go there to investigate.
2-The group can go to the lower levels of the hive to try to gather information on their own in the underworld.
3-If you ignore the parameters of the mission, going to the planetary commissariat can be a direct way to get information firsthand.